We are so pleased to partner with Disney and their new Short Films Collection on Blu-Ray!


Whether you want to watch the whole blu-ray or just pick your favorites, Walt Disney's Short Films Collection has something for everyone!  And to be honest, the holiday short and the Tangled short are worth the collection alone!  We absolutely enjoyed them all, but everyone has their favorites in the family - and they're all different picks!  What are your favorites?

Personally the Prep and Landing short with Betty White voicing Mrs. Claus…absolutely spectacular!  I'm sorry if you don't laugh out loud with her talking about man caves and messes Santa keeps rather than in her house.  Trust me, it's quite amusing! 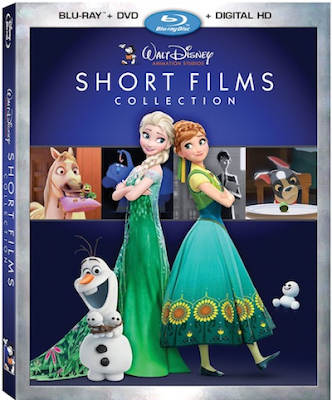 From Walt Disney Animation Studios comes an extraordinary new collection of award-winning and beloved short films featuring Disney's Frozen Fever, starring Anna, Elsa, Olaf, Sven and Kristoff, and the Oscar®-nominated Lorenzo (Best Animated Short, 2004).  The Short Films Collection includes contemporary shorts starring classic characters, such as the groundbreaking 2013 Mickey Mouse cartoon, Get A Horse! And the holiday treat Prep & Landing: Operation: Secret Santa, as well as celebrated Oscar winners Paperman (2012) and Feast (2014). Enjoy them together for the first time in this must-own collection with all-new extras including an inside look at the Disney Animation shorts, featuring introductions and interviews with the acclaimed filmmakers themselves.

How to Hook Up Your Home Theater (2007) – Kevin Deters, Stevie Wermers-Skelton, Ian Gooding

We would love to hear your favorites!  Leave a comment.

We are so pleased to connect with Disney on this post.  Opinions are my own!