This is happily sponsored by Disney and LEGO! 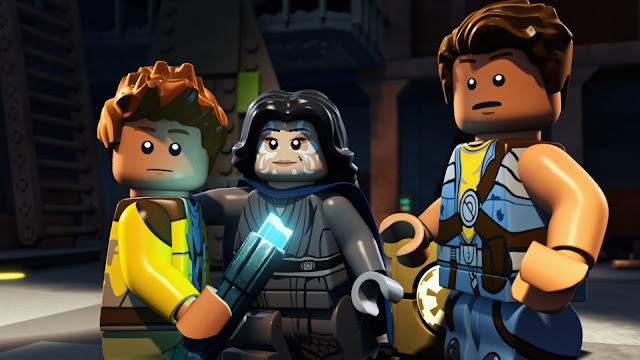 Introducing new heroes and villains to the LEGO Star Wars universe, the animated television series "LEGO Star Wars: The Freemaker Adventures" will premiere MONDAY, JUNE 20(10:00 a.m. EDT), on Disney XD. Set between the events of "The Empire Strikes Back" and "Return of the Jedi," the action comedy series follows the Freemakers, a family of sibling scavengers who operate a salvage and repair shop in space. The series will also feature familiar characters and locations from the filmed Star Wars saga.

Fans will get a sneak peek at the series during a special live-stream "LEGO Star Wars: The Freemaker Adventures Battle of the Bricks" event tomorrow, Saturday, June 11 (8:00 p.m. EDT). Presented by Disney XD YouTube stars and LEGO enthusiasts will gather in teams to determine the galaxy’s BRICK BUILDING CHAMPION. Instagram celebrity, Zach King will host, and a panel of LEGO Master Builders will judge the showdown.

We are pleased to partner with Lego and Disney to bring you information on upcoming awesomeness! Opinions are my own! My the force be with you!
Email Post
Labels: Disney Disney XD kids LEGO Star Wars Star Wars The Freemaker Adventures
Nicki
Cook, Eat, Travel, Play and Designing Spaces for Kids is Happiness and What I Do Best!