Yay! This post and giveaway is happily in collaboration with Walt Disney Studios!

We are absolutely huge Star Wars and LEGO fans and when you put them together, they are just plain fun!  LEGO Star Wars: The Freemaker Adventures have action packed episodes and bonus shorts that are perfect for rainy spring break days! 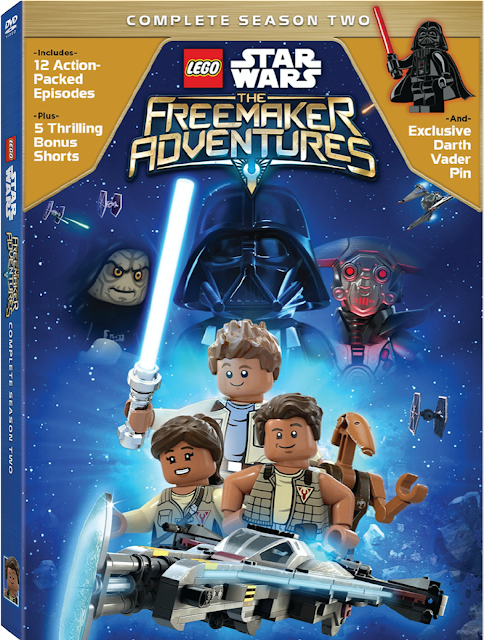 The second season of “LEGO Star Wars: The Freemaker Adventures” delivers all 12 action-packed episodes plus five bonus shorts on DVD! The Emmy®-nominated animated television series is set between Stars Wars: The Empire Strikes Back and StarWars: Return of the Jedi and focuses on the three Freemaker siblings as they explore new worlds, meet new characters and Star Wars icons, and have unforgettable adventures. The second and final season follows Rowan, Kordi and Zander as they are thrown into battle after they join up with the Rebels! Bring home the out-of-this-galaxy adventure on DVD on March 13, 2018!


The second and final season includes all 12 action-packed episodes plus five bonus shorts that follow the Freemakers as they are thrown into battle after they join up with the Rebels – including an adventure that has them embarking on a daring mission to save two of the Rebellion’s finest heroes: Lando Calrissian and Chewbacca. Bonus shorts include:

GIVEAWAY -  We have one Blu-Ray copy for one winner. US only please. We are not responsible for shipping, use or if your kids suddenly must make all-the-LEGO things!