Disney's Planes is coming to theaters August 9th! Get ready!

When you put on a Disney Blu-Ray DVD and the trailer for Disney's Planes comes on, does your little one stop what they are doing and walk over to the TV and clap??  Every. Single. Time.  Needless to say, we are thrilled for Disney's Planes to come to theaters this summer!

Stacy Keach (“The Bourne Legacy,” Alexander Payne’s upcoming “Nebraska,” Robert Rodriguez’s and Frank Miller’s “Sin City: A Dame To Kill For”) provides the voice of Skipper, a reclusive old Navy Corsair who takes Dusty’s training to new heights.
·       Brad Garrett (“Everybody Loves Raymond,” “How to Live with Your Parents for the Rest of Your Life”) lends his voice to fuel truck Chug, Dusty’s buddy, coach and biggest fan.
·       Teri Hatcher (“Coraline,” ABC’s “Desperate Housewives”) brings life and charm to the say-it-like-it-is mechanic Dottie.
·       Cedric the Entertainer (“Barbershop,” “Larry Crowne, “Madagascar”) as Leadbottom, a puttering old biplane who has no time for Dusty’s far-fetched flights of fancy.

·       Julia Louis-Dreyfus (“Veep,” “The New Adventures of Old Christine,” “Seinfeld”) lends her voice to Rochelle, a tough and confident racer who is the pride of the Great White North.
·       John Cleese (TV’s “Whitney,” “A Fish Called Wanda”) is the voice of Bulldog, the oldest and arguably wisest racer on the circuit. 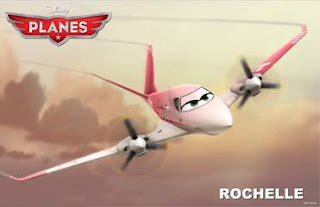 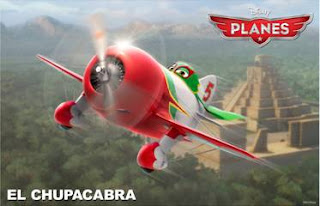 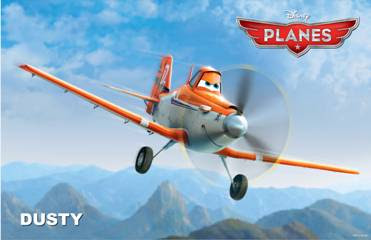 About Disney's Planes:
From above the world of “Cars” comes “Disney’s Planes,” an action-packed 3D animated comedy adventure featuring Dusty (voice of Dane Cook), a plane with dreams of competing as a high-flying air racer. But Dusty’s not exactly built for racing—and he happens to be afraid of heights. So he turns to a seasoned naval aviator who helps Dusty qualify to take on the defending champ of the race circuit. Dusty’s courage is put to the ultimate test as he aims to reach heights he never dreamed possible, giving a spellbound world the inspiration to soar. “Disney’s Planes” takes off in theaters on Aug. 9, 2013.