Today's post is from Disney Interactive!  Enjoy! We...the kids cannot wait to play!  I cannot wait to see if Jack-Jack is in it! (he reminds me of someone ;)

Disney Interactive is unveiling an in-depth look into the Incredibles Play Set in Disney Infinity through an all new set of character images, action screenshots and a gameplay trailer featuring both Play Set and Toy Box modes. Within the Incredibles play set, gamers can take on the role of any of the “Super Family,” including Mr. Incredible, Mrs. Incredible, Dash and Violet as they try to combat Syndrome and his evil minions in Metroville. The Incredibles is one of the play sets available in the Disney Infinity starter pack that will be available on August 18th, along with Monsters University and Pirates of the Caribbean play sets. 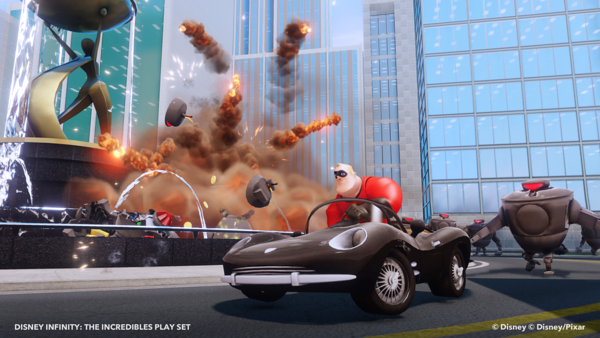 Play Set: The Incredibles play set adds its own specialized game play mechanics and pieces to the Disney Infinity world, showcasing the unique super powers displayed by the Incredibles family and Syndrome. The battles among characters with strength, speed and flying abilities can also be activated in Toy Box mode, which will allow players to build and customize worlds and incorporate these super powers into their interactions with other Disney & Pixar characters.

Toy Box mode: The cast of characters, Mr. Incredible, Mrs. Incredible, Dash, Violet and Syndrome, will be able to interact with a vast array of Disney and Pixar characters from movies including Monsters University, Pirates of the Caribbean and Cars to create new and exciting adventures in customized worlds. 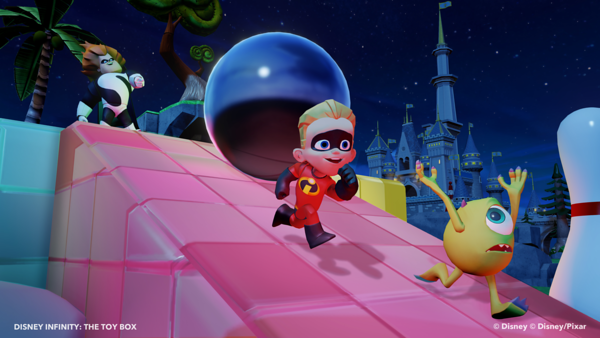 About Disney Infinity
Disney Infinity is an all-new video game initiative starring the beloved characters from Walt Disney and Pixar Studios’ most popular franchises. Players can place real-world toy versions of their favorite Disney characters onto a device called the Infinity Base and transport them into the virtual game worlds of Monsters University, the Incredibles, Cars, Pirates of the Caribbean and The Lone Ranger, as well as into a giant Toy Box.