Princess Sofia sets sail for a high seas adventure in her first-ever primetime special "Sofia The First: The Floating Palace" - Premiering Sunday, November 24th on The Disney Channel!   This looks so fun for family movie night! 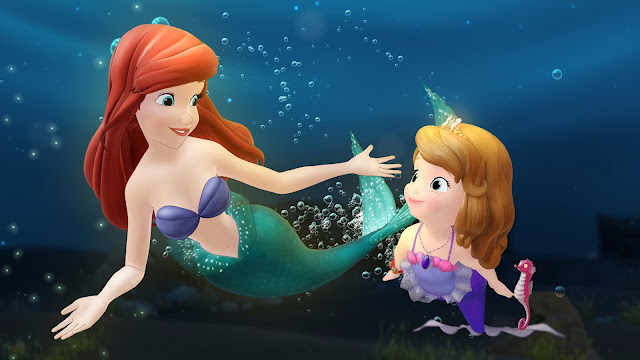 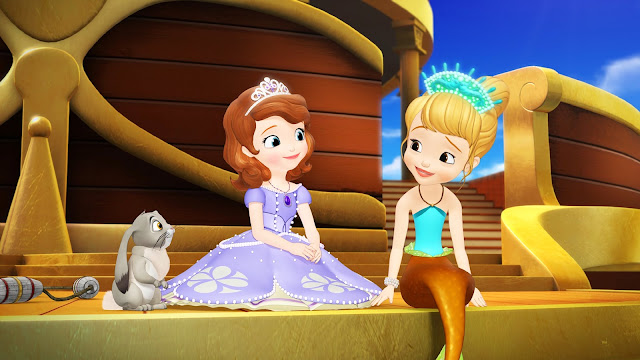 Sofia and her family take to the high seas for a royal vacation in the first-ever "Sofia the First" primetime special, "Sofia the First: The Floating Palace," premiering Sunday, November 24th (7:00 p.m., ET/PT) on Disney Channel and Thursday, November 28th (7:00 p.m., ET/PT) on the 24-hour Disney Junior channel.  The undersea adventure, in which Sofia is magically transformed into a mermaid, features a special appearance by Princess Ariel from "The Little Mermaid," voiced by Disney Legend Jodi Benson who reprises her iconic role from the animated film.  The special also introduces a new character named Oona, a young mermaid voiced by Kiernan Shipka ("Mad Men"). 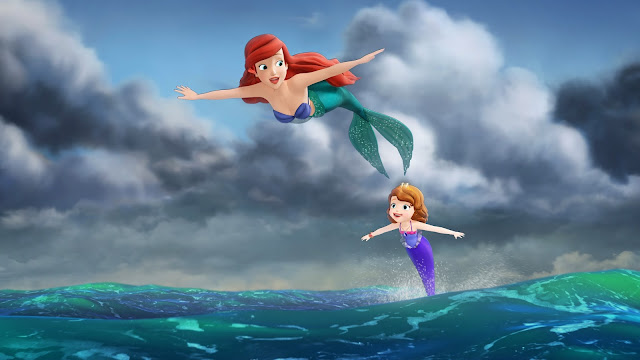 Sofia the First: The Floating Palace takes Sofia and her family on an extraordinary journey to Merriway Cove, where Sofia meets a young mermaid named Oona.  After helping Oona untangle her fin from a net, Sofia's magical amulet transforms her into a mermaid too, allowing her to explore the underwater world with her new friend.  During their adventure, Sofia learns that mermaids mistrust humans and are angry that her family's floating palace is in their cove.  When Oona is captured by a horrible sea monster, Sofia – with a little help from Princess Ariel – must find a way to save her and create harmony between their two worlds.

On Friday, November 15th, DisneyJunior.com/Sofia will launch "Sofia the First: Mermaid Princess," a game in which players help Sofia rescue Oona from the clutches of the sea monster.  The site will also feature "Sofia's Royal Catch & Match," an online activity based on the classic card game "Go Fish."

Thanks to Disney Junior for the info and the pictures!  (this is not a sponsored post)
Email Post
Labels: Disney Disney Channel Disney Junior family movie night kids moms Sofia the First Sofia the First: The Floating Palace The Little Mermaid
Nicki
Cook, Eat, Travel, Play and Designing Spaces for Kids is Happiness and What I Do Best!