The Huntsman: Winter's War Trailers & Behind the Scenes!


We are pleased to partner with Universal Pictures to promote The Huntsman: Winter's War! 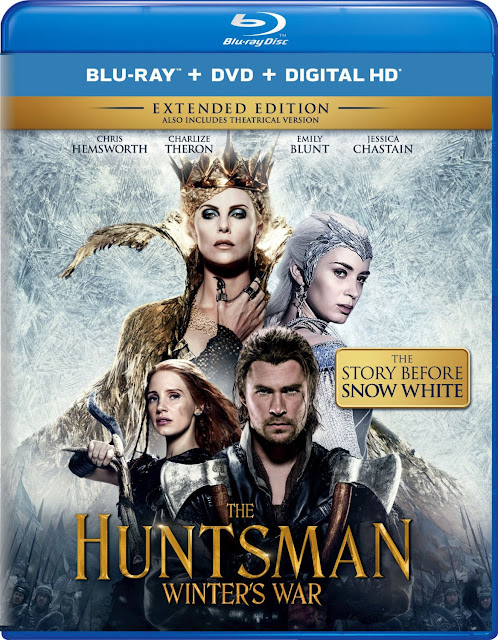 If it’s the Snow White tale you’re looking for, discover the story that came before in The Huntsman: Winter’s War, coming to Digital HD on August 2, 2016 and 4K Ultra HDTM, Blu-ray™, DVD and On Demand on August 23rd, from Universal Pictures Home Entertainment. The Huntsman: Winter’s War on Blu-ray™ and DVD includes an all-new extended edition of the epic action-adventure, plus exclusive bonus features that reveal the movie’s behind-the-scenes secrets.

The Huntsman: Winter’s War stars Charlize Theron (Mad Max: Fury Road, Monster) as the evil Queen Ravenna, who betrays her good sister Freya (Emily Blunt: Sicario, Edge of Tomorrow) with an unforgivable act, freezing Freya’s heart to love and unleashing in her an icy power she never knew she possessed. Retreating to a kingdom far to the north, Freya raises an army of Huntsmen as her protectors, with the only rule that no two of them should ever fall in love. As a war for domination escalates between the two queens, the hero standing between good and evil is Freya’s most elite Huntsman, Eric (Chris Hemsworth: Thor, Star Trek Into Darkness). Alongside fellow warrior Sara (Jessica Chastain: The Martian,The Help) — the only woman who has ever captured his heart — Eric must help Freya vanquish her sister or Ravenna’s wickedness will rule for eternity.


Behind the scene look at wardrobe and makeup in The Huntsman: Winter's War!

We have partnered with Universal. Opinions are our own!