Today's post is happily sponsored by Sony Pictures and The Angry Birds 2!

The Angry Birds Movie 2 is now out on digital and coming soon to Blu-Ray!

The Angry Birds Movie 2, in my opinion, is better than the first movie!  Is that possible?  SO many laughs for all ages - this movie is worthy of family movie night for even the big kids!   Angry Birds Movie 2 also has a stellar soundtrack and cast of characters, including Peter Dinklage, Danny McBride and Jason Sudeikis 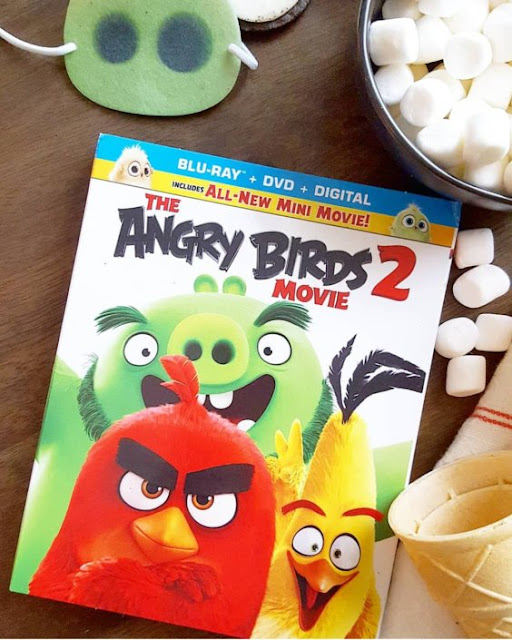 We made Popcorn-Mallow Balls and Ice Cream cones with dirt and worms to celebrate movie night with the Angry Birds! 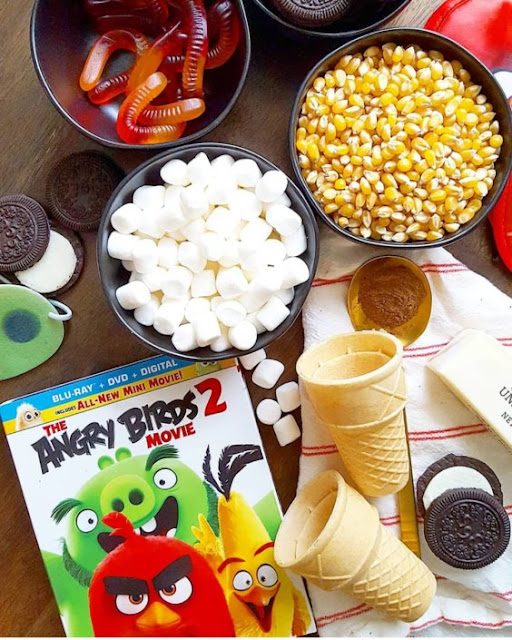 Popcorn because Angry Birds just love popcorn!  When you watch the movie, don't forget to check out the bonus material that features Popcorn Balls, making a volcano and Piggy Slime!
We loved it all! 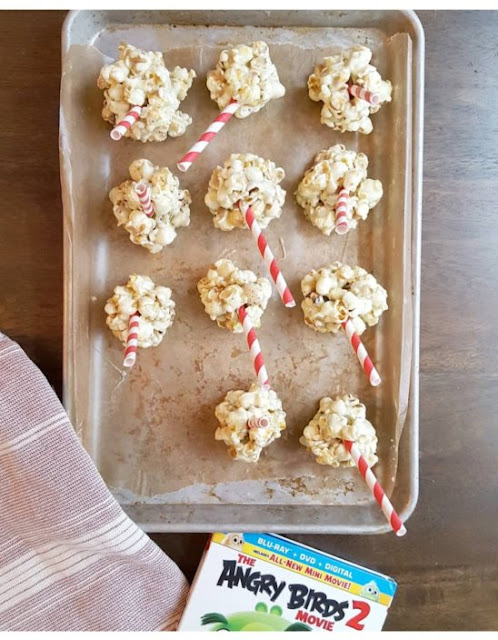 We added sticks (really cut up straws) to the balls for easy munching!

Popcorn Balls & What to Get -

Before watching the movie and the how-to for this yummy recipe - remember you can add sprinkles, different food colors and tiny popcorn works well too!
We added cinnamon to our melted butter and marshmallows!  Smells like autumn and tastes delicious. 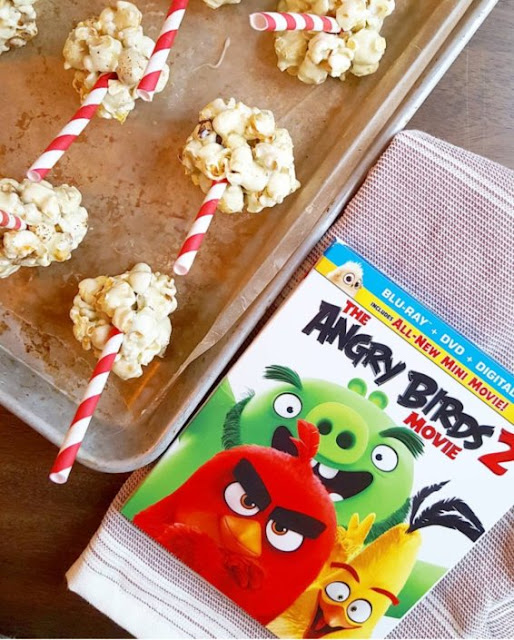 Angry Birds Movie 2 has these Popcorn Balls in the bonus section of the Blu-Ray! 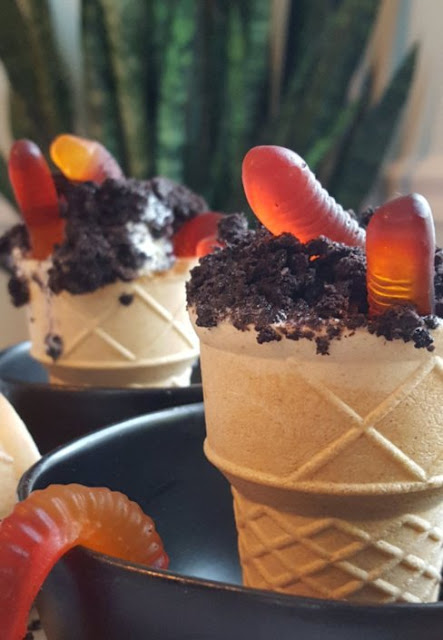 What to get for Dirt & Worms -

Place about 5 cookies in a zip plastic bag.
Let your little Angry Bird smash them to pieces.
This is great fun and your kiddo may want to do this all the time to get out his anger.
Or mostly he'll just laugh and laugh and want you to join it!
Next scoop the ice cream into the cones.
Roll the filled cone into the mashed up cookies!
Again, great job for your little.
Chop some of the gummy worms up to look like they are crawling out of the cone.
Leave a couple long and place "crawling" out of the bowl!

This makes for a special Angry Birds Movie 2 treat!


In The Angry Birds 2 Movie, the flightless angry birds and the scheming green piggies take their beef to the next level when a new threat emerges that puts both Bird and Pig Island in danger. Red (Jason Sudeikis), Chuck (Josh Gad), Bomb (Danny McBride), and Mighty Eagle (Peter Dinklage) recruit Chuck’s sister Silver (Rachel Bloom) and team up with several pigs - Leonard (Bill Hader), his assistant Courtney (Awkwafina), and techpig Garry (Sterling K. Brown) - to forge an unsteady truce and form an unlikely super-team to save their homes. - Sony Pictures

This post is happily in collaboration with Sony Pictures.  Opinions are my own.  Yes, absolutely loved the movie and we watched today while making our treats!